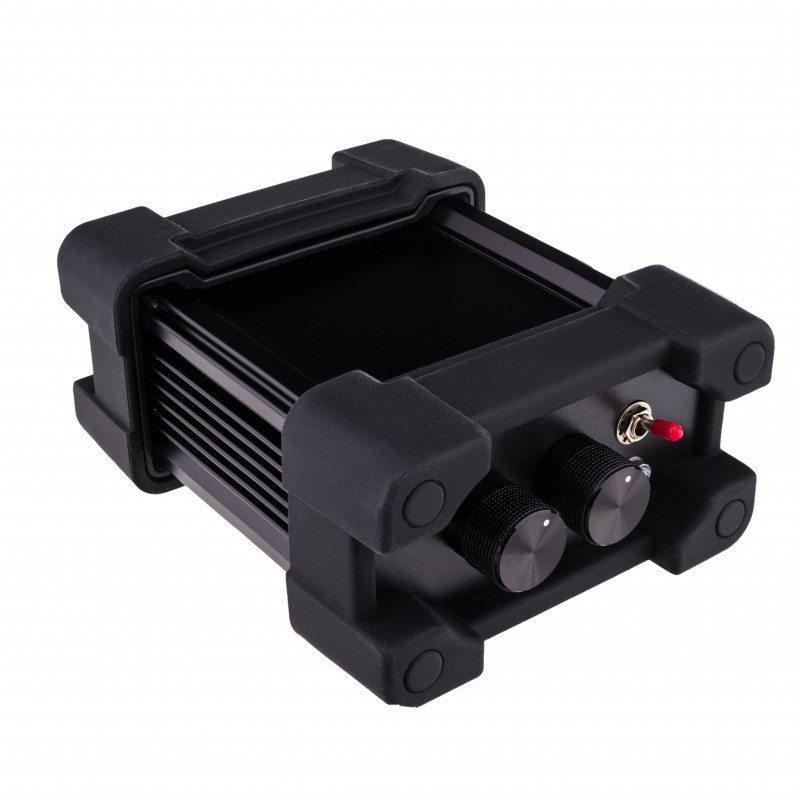 Signal Noise Generator 2.0 voice mix is a unique device, which combines all the qualities of white noise generators together with new voice altering algorithm to create a sound spectrum which is virtually impossible to decipher.

Our new white noise generator is equipped with a several functions, especially voice recording, which will allow you to ensure safe and secure conversations over important topics. If you are familiar with Digiscan products, you could see this as an DNG2300 alternative.

SNG 2.0 VM supports up to 10 voice mixes, meaning that if you start a meeting everyone can record a short sample of his/her voice and will be able to replay it during the meeting continuously to mix the voice with his, her voice.

The algorithm behind SNG 2.0 VM is constantly changing the sound, it will play a recording 1 than 5 and randomly shifts in time to replay them in a different order and over each other. The idea is that it will not be possible to separate the sounds in a machined way, because of the random element involved.

The SNG 2.0 Voice Mix has several different functions which can be used separately, they can be combined. We recommend the most unique functionality which is the voice mixing functionality in combination with white noise.

Principle behind the white noise

Simple white noise can be filtered by several technologies nowadays, for example any noise cancelling headphones, to overcome this problem, we have opted out for voice mixing. As in other devices, some of the offer and ambient voice sounds mixed over each other. But still with a qualified sound technician you will be able to filter out the sound as your voice will have unique properties. When you can record your own voice and play it over your own voice, the probability of voice separation is much lower. As you are trying to separate your own voice from your pre-recorded voice.

Vibration of the SNG 2.0 VM is adjustable and prevents mechanically against the vibrations of human created by human voice. In other words, your voice will create vibrations which are then transmitted onto a wall or a window, by placing the piezo transducers onto a wall or window it will make eavesdropping impossible. It can be placed on windows, walls, ceilings, floors, or pieces of furniture.

Device is compatible with classical TRN and Speakers from other TSCM companies on the market.